Something little that has BIG uses? We love the super versatile, ever trustworthy, reminds you of a simpler time– MASON JAR!  They’re simple.  Functional.  Precious.  Whether you’re a gardener, a crafter, a cook, a frugal sort or a little of all of those, chances are you can find some use for a mason jar in your life! That cool Mason jar lantern that you saw on Pinterest and you instantly loved…….did you know that you have Napoleon to thank for it?  Just prior to 1800, he offered money to anyone who could come up with a great way to preserve food so his troops could be better fed.  The first canning jars were glass and used a thick sealing wax to create an airtight seal.  In 1858, John Mason created a glass jar with a threaded neck topped with a zinc lid – thus was born the Mason jar.  Other companies mimicked the design and it was the Ball company who created the Mason jar we most commonly use today.  Kerr made the wide mouth jars and are responsible for creating the 2 part lid system.  John Mason, the original creator, was never made wealthy by his invention – despite the growing popularity of canning at the time – and he died poor at the age of 70.  Mason jars remained mostly utilitarian – used primarily for food preservation until refrigeration was refined and became the more popular form of home food preservation.  Better Homes and Gardens and Martha Stewart helped keep the idea of canning going with magazines and cookbooks.  With the launch of Pinterest in 2010, home crafting surged and mason jars became a staple for at home DIY projects.  Source

Which brings us here.  What can we do with them these days? Well, we can still use them for their original purpose – food preservation.  Canning is once again growing in popularity as people become much more concerned with what’s in their food.

If you’re ready to try your hand at canning, this is a great place to start.

For the sewing folks in your life, make one of these super cute Mason Jar Sewing Kits! 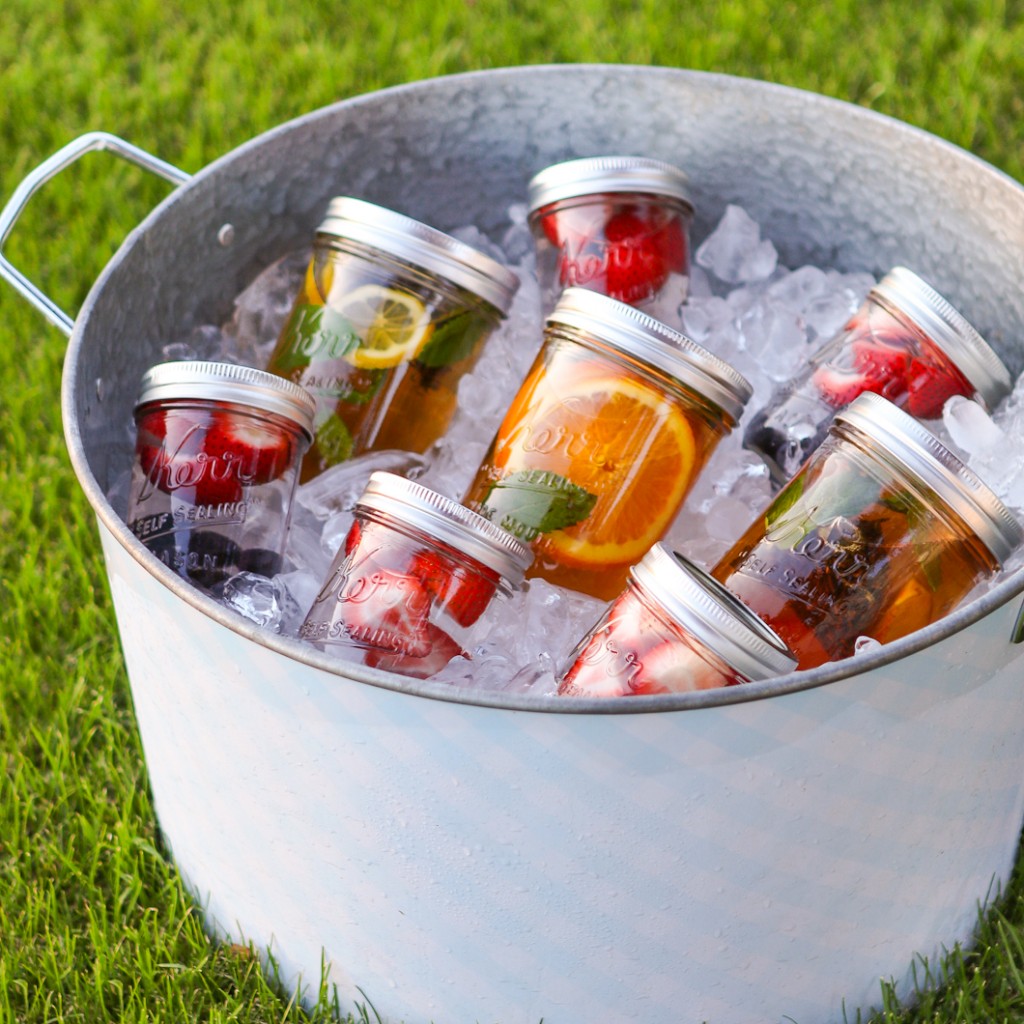 Summertime Sun Tea can be made in individual jars and kept on ice for your picnic guests!  What a sweet idea!

And while we’re on the subject of picnics, these cute Summer Mason Jars! You can TOTALLY bake single serving cakes in mason jars, too!  Check out the tutorial. And if you like the idea of desserts in a jar, but not the baking part, here’s a recipe for No Bake Cherry Cheesecake. 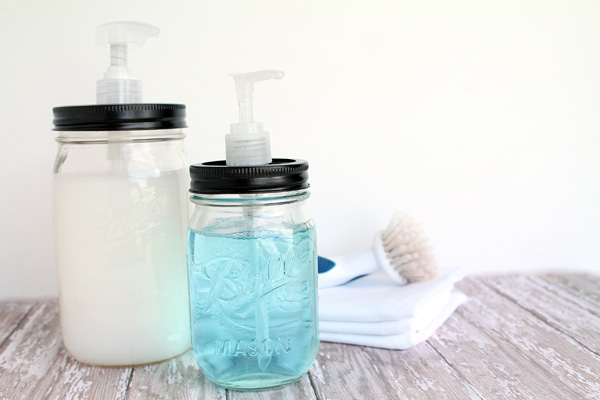 If you’re into decorating with mason jars, you might like to make these Mason Jar Soap/Lotion Dispensers. 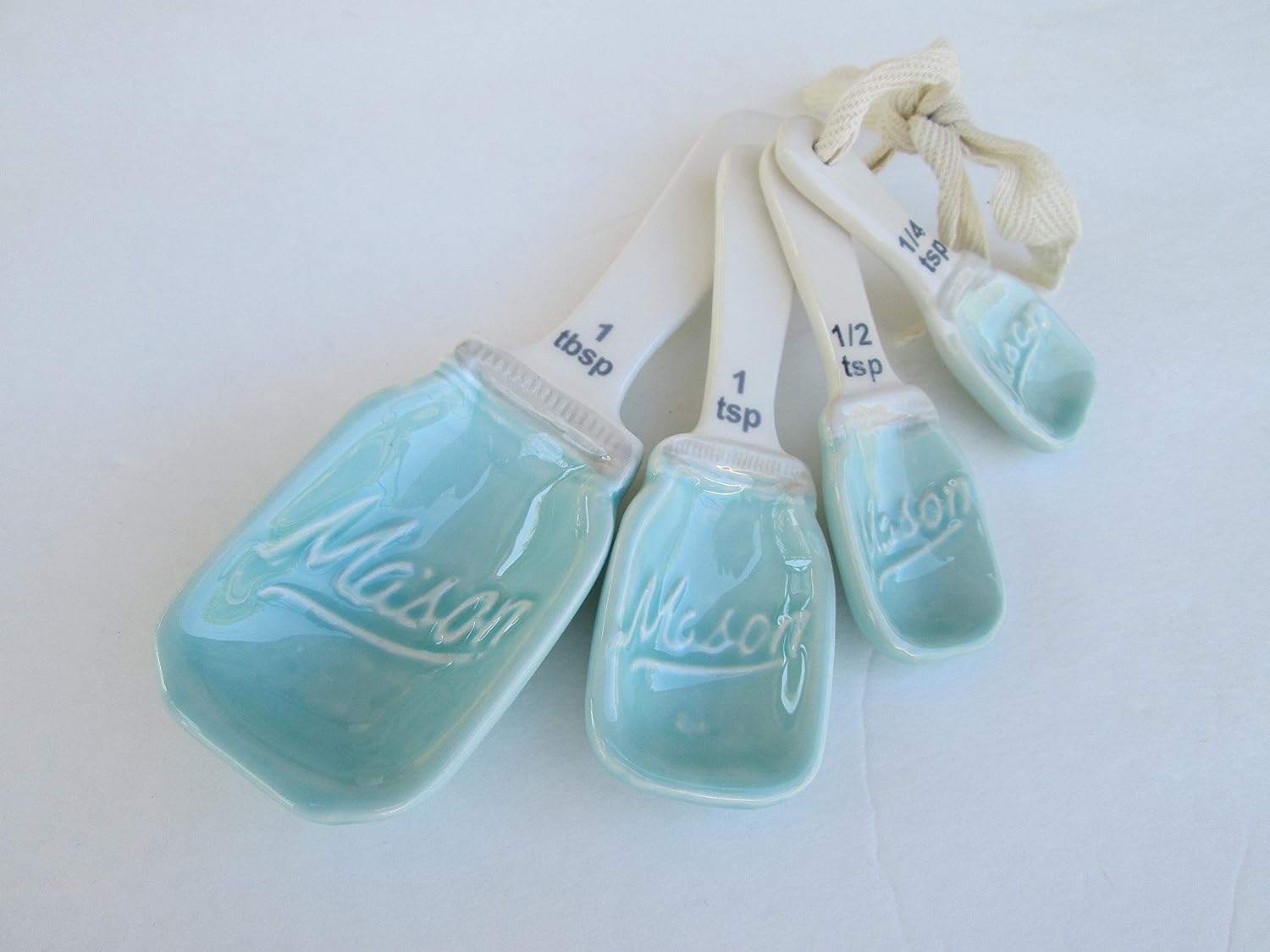 For grown up gift giving, check out these DIY Mason Jar Cocktail Gifts! If you’re thinking of going the drinking glass route with mason jars, don’t forget to pick up some of these handy Ball Mason Jar Sip & Straw Lids. (affiliate)

They turn any mason jar into a cup that can be used on the go! 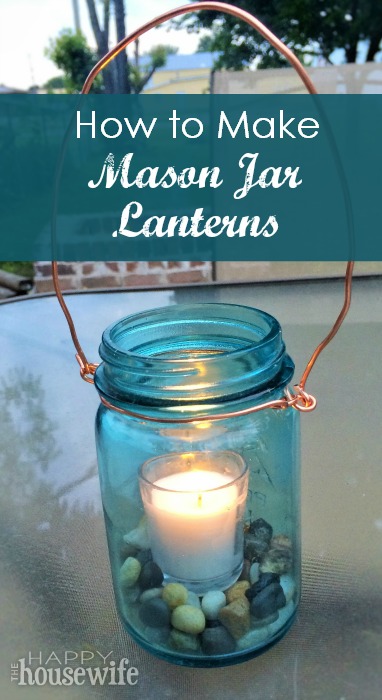 And finally, check out this tutorial for a simple and rustic candle lit lantern.

Have a favorite mason jar project we missed? Add it in the comments!