By the fourth kid, diaper bag packing should be second nature. Instead, it seems the diaper bag (if you can even call whatever tote/large bag I’ve thrown all my crap in a diaper bag) contains items of little use to anyone. There are often dried out wipes, mismatched outfits likely too small, random papers from kids’ events, a stray lipstick and some partially openened feminine products that travel from bag to bag “just in case”. Almost never is there a sippy cup and if there is, no one really wants to use it because the remnants of what WAS in there is no longer identifiable. It really is a mess.

Sippy cups in general have an “ick factor”. With all the holes and valves and replaceable membranes, there are tons of places for bacteria to hide. I’ve always hated them. So, when I saw these sippy cup lids from Ashtonbee, my original thought was, “I can get rid of all my sippy cups!” I ordered a box and unfortunately, they won’t fully replace my cups. However, they do certainly have some benefits. 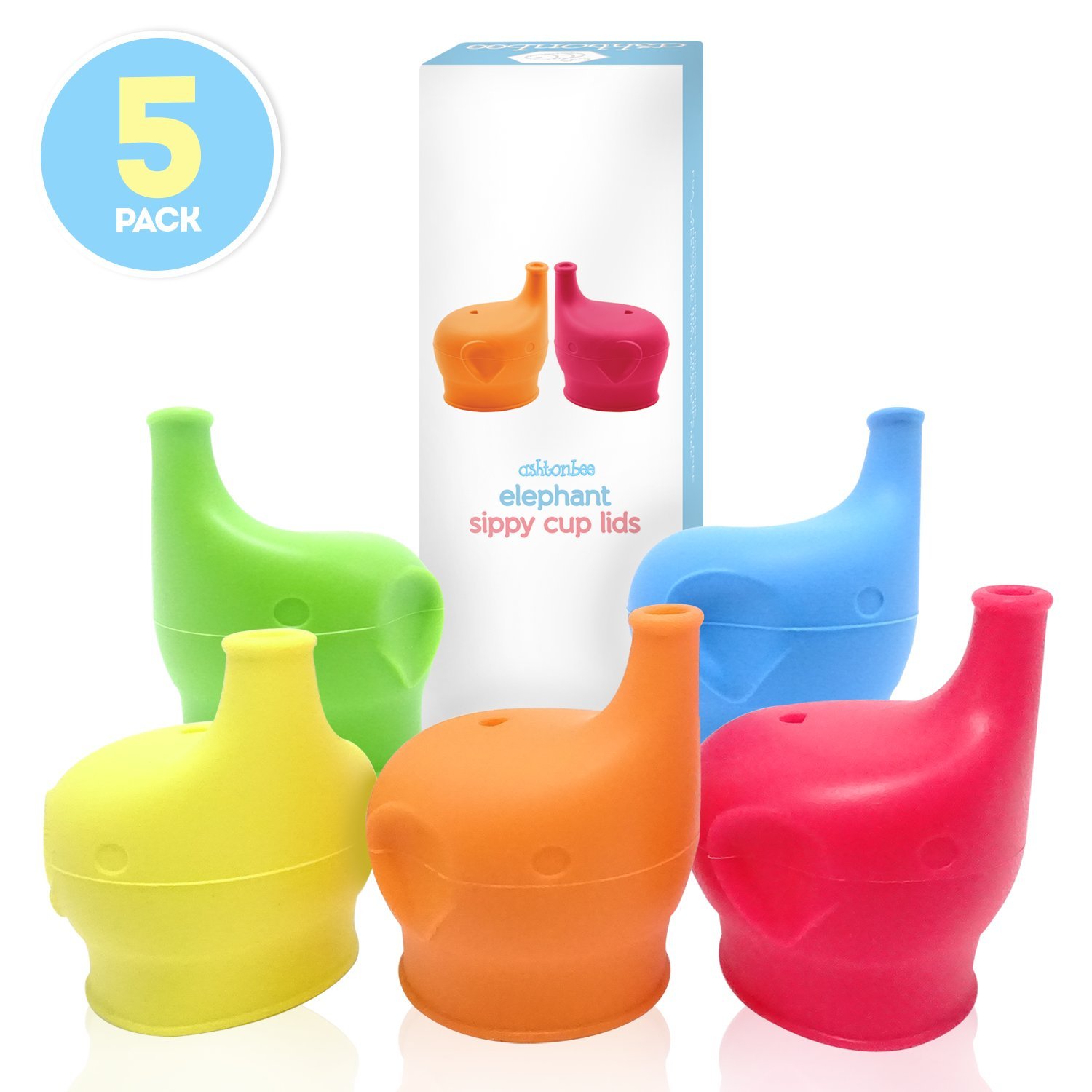 The covers are food grade silicone. They’re shaped like elephant heads and are super cute. Some warm, soapy water cleans them right up. Basically, they fit over the rim of a cup/glass and convert it into a sippy cup. No extra parts or valves for grossness to hide. Testing out several different cups, I found that all were not equal. The cups needed to have a little weight to them and ones with grooved tops worked best. I even tested out a mason jar. Due to the threading around the top of the jar, the lid fit quite nicely on it. Not exactly super safe to give an infant, but fine for a supervised toddler. They allowed me to convert some water bottles to accommodate my sippy cup kid, too. That    is something that could certainly prove useful on the go with all the kids. With the lids on the cup snugly, they work pretty well. I still wouldn’t rely on them for all my sippy cup needs, but they’d be great in situations where you’re out and about and have forgotten a cup. Toss a couple in your diaper bag (or an emergency bag if you’re together enough to have one stashed in your car) and never be without a sippy option again. They are pretty easy to pull off, so allowing them to be used out of eyesight would certainly be a messy choice. All in all…not a must have. But certainly an item with practical applications. They’d also be a neat option to pair with a baby shower gift. Grab a set here(affiliate) and tell us what YOU think of them!

Want some more shower gift ideas? Check out these: